The new means of industrial production, in the mid-19th century, with developments in ‘dust pressed’ tiles, and later cast-iron fireplaces, encouraged this trend, making decorative fireplaces with tiles, a more affordable option.  From the red brick artisan dwelling with perhaps two fireplaces, to the more grand middleclass houses, with a fireplace in every room, tile inserts and tiled hearths were very much part of the package.  From about the 1920s up to the 1960s the often dramatic Art Deco ‘slab’ fire surrounds, with mottles, pastel colours and iridescent glazes, that had fallen out of favour, are now enjoying the retro revolution.

We have produced many thousands of tiles in a myriad of colours, mainly for fireplace and stove hearths.  The vertical panels in cast-iron fireplaces tend to be more ornate, sometimes in relief with multiple colours, making their reproduction a complex procedure.  Usually the more damaged hearth tiles tend to be in plain colours, typically in squares or rectangles.  We can manufacture the rounded edges, textures and glazes of typical Deco fireplaces, but we usually cut, file, and glaze 9mm blank ‘bisque’ tiles for older fireplaces.  In recent years we have been making tiles in vibrant colours and patterns for stove hearths and backdrops.

Click on any image to learn more or get in touch. 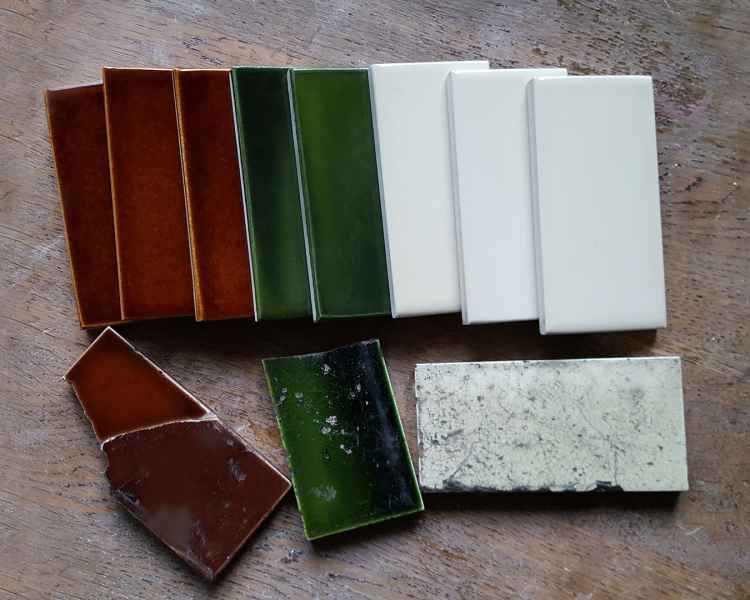 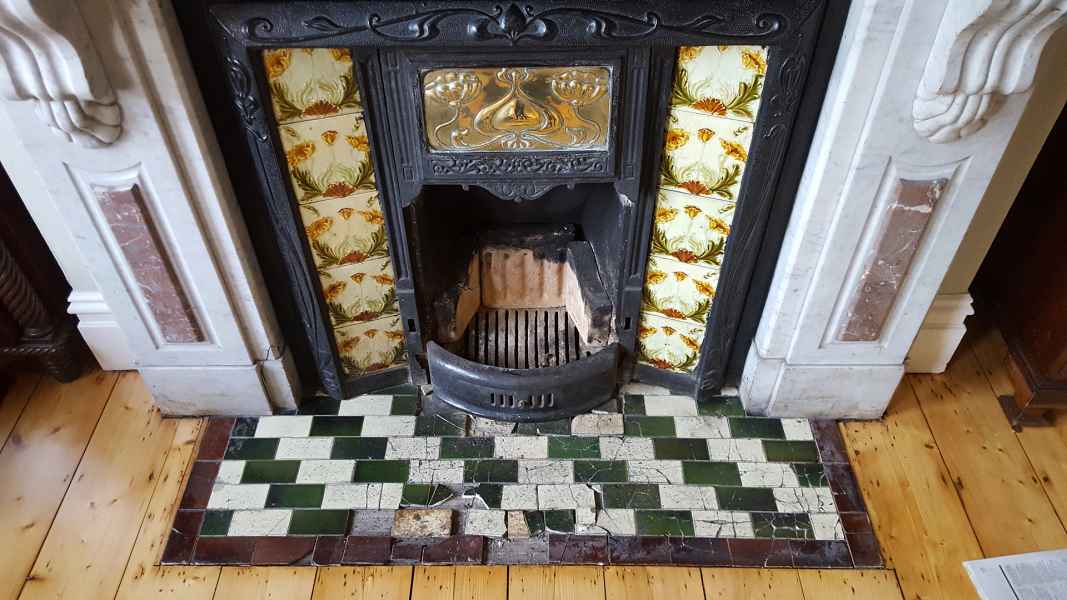 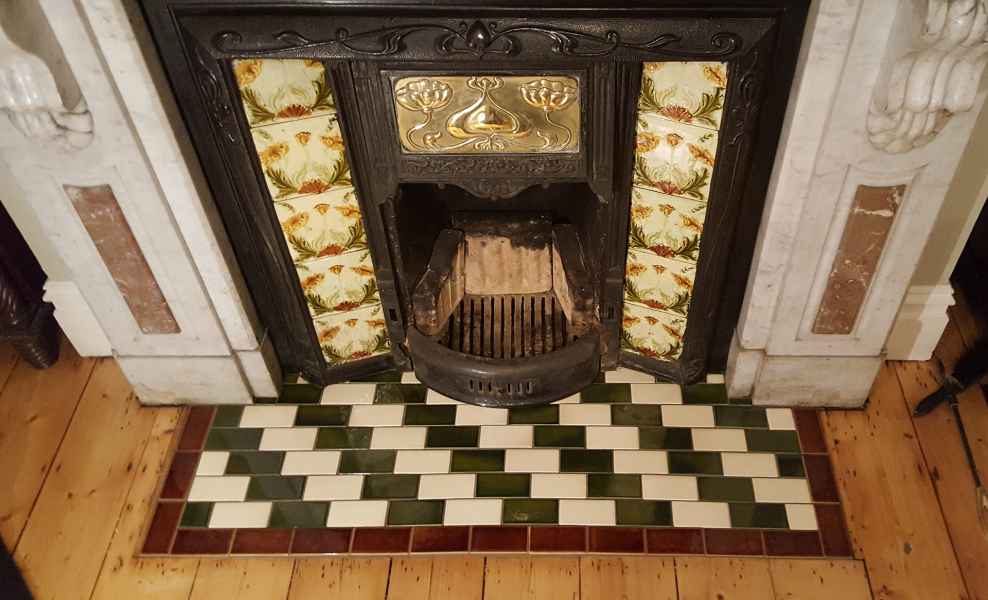 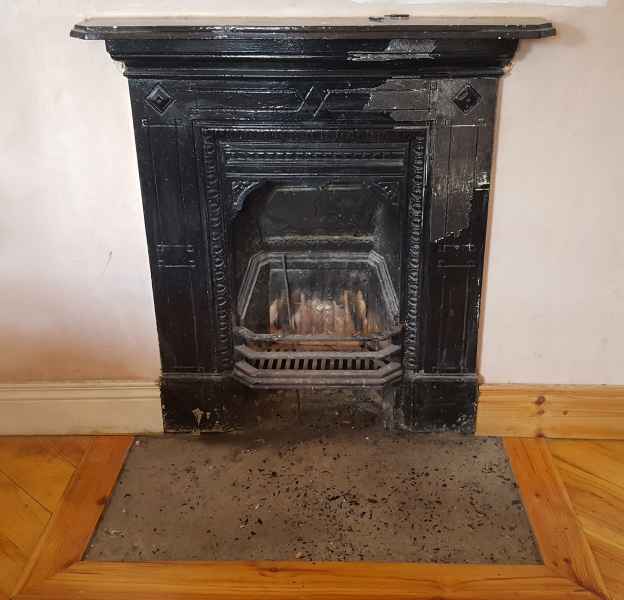 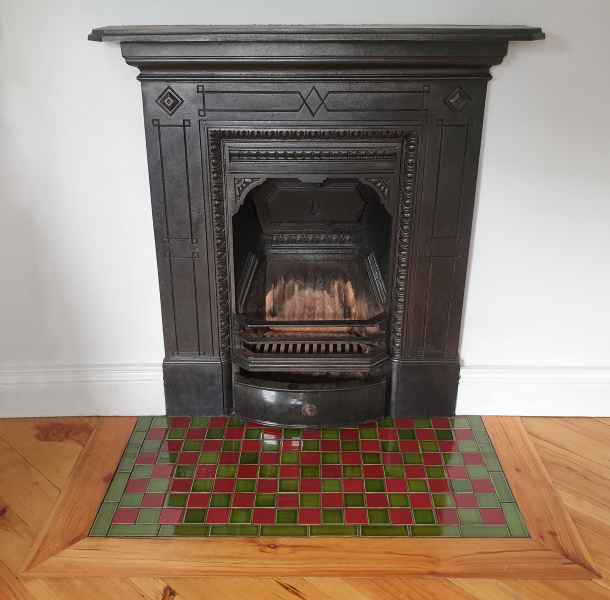 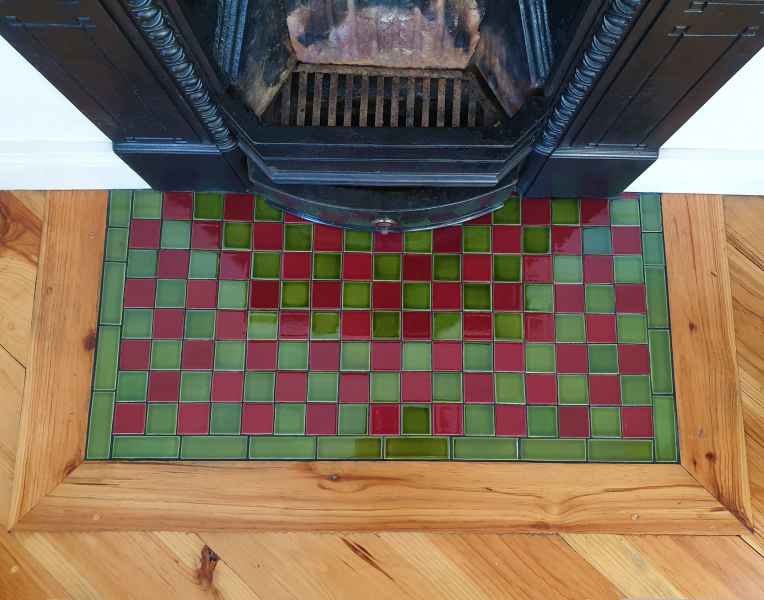 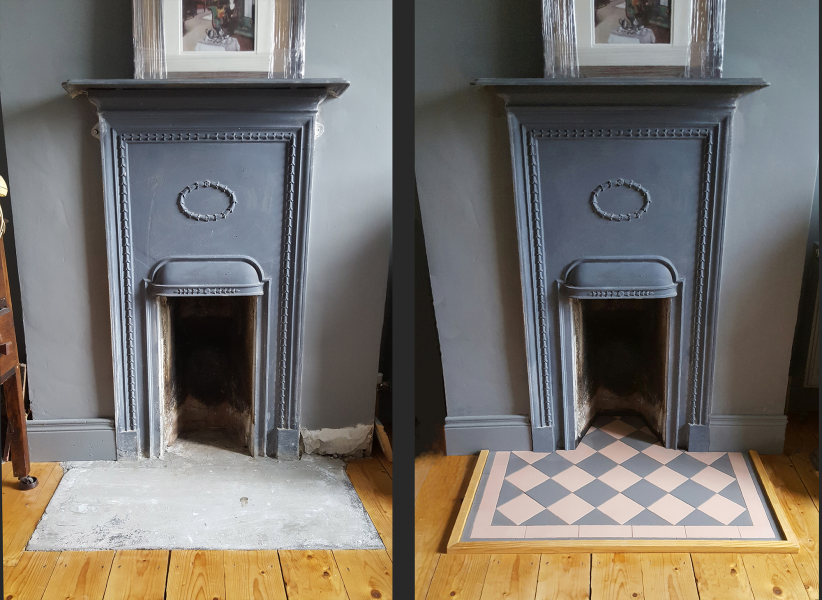